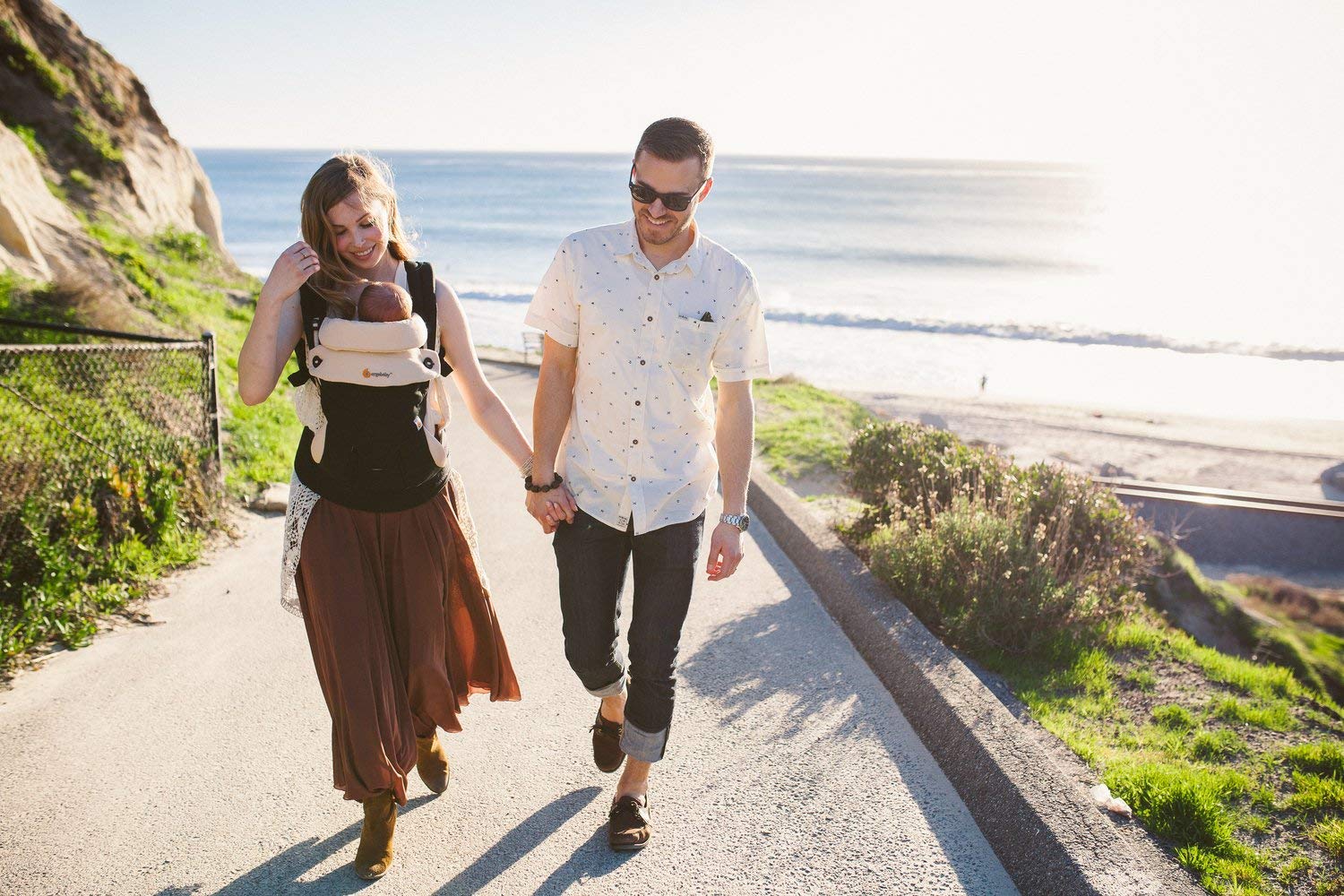 This baby carrier has been designed to provide comfort for both mother and child. The load is evenly distributed over the entire upper body. It does not affect the posture of those who use it.

Apart from its rather steep price, this equipment has everything you need for babies or a newborn. The comfort is there, the resistance too, same for the ergonomics and the simple, but trendy look.

Check the price on Amazon.fr!

Ergobaby 360 reassures with its 2.5 cm of padding. The entire structure including the straps is provided with cotton buried under a resistant cover. These are top quality materials known as premium. In a nutshell, it is simply comfortable.

Thanks to the various attachments of the article, the weight of the baby is found distributed on the hip and not only on the shoulders. The lap belt plays a key role in this. As a result, the user’s muscles will be much more relieved than without this belt. This hugs the belly and tightens it with a sticky hook system which is the velcro.

Another important component is added to the baby carrier, the east slug cushion. This is the complementary auxiliary to the Ergobaby. It is essential especially for babies of a few months. This element closely resembles a small chair with a backrest. It forms an additional layer between the baby and the baby carrier. Once seated on it, the toddler will gain height and have a more cozy support.

Ergobaby 360 has a hood on its upper edge. After you put it in place, it will house the baby once you are out of the house. Thus, the head of the toddler will be protected from sunburn, showers, wind and even noise.

The structure of this device has the ability to reduce the effect of UV rays which impact on the health of the skin. Likewise, you can use it to isolate the little one from the din. Hence, it helps you to rock him more easily and put him to sleep afterwards.

The hood in question is retractable. As a result, you will have to unfold and retract it most of the time. It does not clutter the baby carrier itself, because it remains buried deep and is invisible. Basically, the Ergobaby does not suffer in terms of design. It remains classy or even trendy. Moreover, the choice of color is given to you between gray and black / caramel. 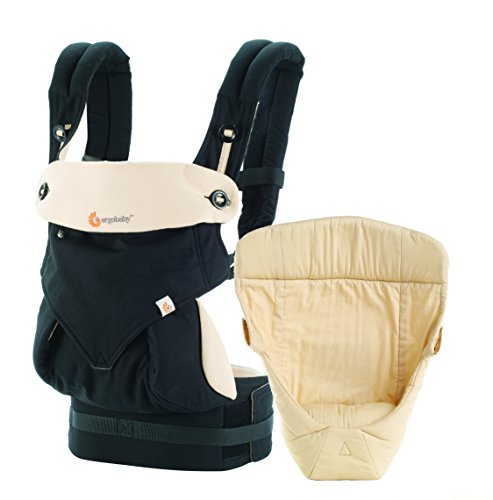 For the greatest comfort of the little one, a neck support is placed at the same height as his shoulders. This system will act as a security for the neck. It will be used especially for the most active toddlers who tend to gesticulate by tilting their head to all sides.

This element seems thicker than the ventral surface of the bag. The contact with the baby will thus remain more cozy. By pulling it up, you will cover a good part of its ears if necessary. You are advised to do this when the wind starts to blow.

On the other hand, when it’s hot, simply fold it up. In comparison with certain models, Ergobaby 360 has a wide neck support which covers all the upper edges of the grip.

The advantage of the Ergobaby 360 is that it admits several intuitive positions. With the first choice, your toddler sticks to your back naturally. With the default setting, you can face to face with your little one by hanging it on the front.

Alternatively, the baby can also turn to the same direction as yours throughout the journey. Moreover, it remains a good way to make him discover all his surroundings. The last option is to position the little one on the left or right side of the hip.

These different postures are intended to relieve you. Try them all and choose the best positioning that suits you the most. However, you are supposed to alternate them in order to minimize the risk of muscle soreness after the same prolonged posture.

Ergobaby 360 optimizes the positioning of the baby. Once hooked, it stays frozen suddenly, however, its arms and legs are free to move. These take a position apart and not tight one on the other. Suddenly, the little one can swing them at any time as he sees fit.

But also, breastfeeding remains possible on the Ergobaby. To do this, the mother will only have to release the tension on the straps by several centimeters so that the baby’s mouth is level with her breasts. It’s your turn to try it.

Like the baby’s limbs, the wearer’s limbs are not affected by the equipment. The parent will be able to caress, tickle, cuddle… play with his child, regardless of his position. This is also one of the advantages of baby carriers in comparison with traditional baby slings.

Ergobaby 360 is intended for babies and newborns. It is 147 cm long including the straps and 55 cm wide. This surface allows it to properly hold most jigs. For the weight, it weighs exactly 1.36 kg.

Regarding resistance, it can withstand a load of up to 15 kg. That said, it is suitable for children under the age of three. You are not supposed to hang a large baby over this limit on this equipment, otherwise the straps can stretch excessively or even suddenly drop.

In terms of cleaning, Ergobaby 360 is sent to the washing machine. However, a temperature of less than 30 ° C must be observed otherwise the cotton diapers will dissociate under the influence of heat and friction.

Check the price on Amazon.fr!